Having just logged in to my account for the first time this week, I’ve received a notification to say that my blog is now officially one-year old! It’s a twelve month period that’s gone by pretty fast, even during the recent times where I haven’t been here regularly enough to write.

My blog is one-year old this month!

It’s true that I haven’t had an awful lot to write about or, where I have wanted to write spontaneously, I haven’t been able to sit down here and do that. Perhaps I should finally invest in a small notebook to at least keep the thoughts on record? We take a week off from the CBT course this week because of the Bank Holiday (I hope you’ve all had a good one) with the final session to come next Monday. In order to put something new on these pages, I am going to write this evening, about a situation that has signified some of the positive change within me.

This is something I briefly spoke about with a friend on Saturday, who has always been able to relate to what I’ve been experiencing. In fact, this subject has been a large topic on this blog for the past year; a great source of inspiration behind some of my past poetic writing as well. It’s hard to say goodbye to someone you love when you’ve played witness to the suffering within their life for any amount of time. But, when you’re putting a lot of effort without getting much back in return, you’ve got to stop and think about yourself.

I haven’t said ‘goodbye’ in so many words but I feel liked I’ve reached a peaceful near-conclusion with regards to my stance. In one of the first weeks of the CBT course I’ve been doing, we were warned about the dangers of doing too much for others and not enough for ourselves, with the danger that we could end up being the ones ‘in need of care‘ and practically ‘no good for anyone‘. In almost each of the past seven weeks, I’ve been able to relate closely to incidents involving ‘that girl’ and the effects it has had on my own well-being.

Almost a month ago, it was her birthday and I made an effort to get her a card and also very small gift. I haven’t seen her since April and she cancelled (literally, last minute) on our plans to meet up briefly in June but still, I wanted to make an effort to remind her that I was still there. I sent a text asking if I could drop the card off at work; no reply. Still, I left the card with a colleague as I was passing by. It’s been three-weeks and still not a word but there was something about that situation… Arriving at the store to be greeted by someone ‘unfamiliar’; the complete lack of response… I was done.

I still sent her a text on the day to wish her a Happy Birthday but I’ve not done anything since, as neither have I received anything in return. I’m looking out for myself now and for the three close friends in my life who I trust would be there in a time of need. I trust them and know this because they have been already. Two of them have been there for almost a year and with the third, we’re only talking a couple of months but she has also been experiencing the pain of ‘waiting’ for someone else.

Sometimes, it’s funny how people meet, with the timings and similarities they may be experiencing in life. I used to tell myself that there was a reason I met ‘that girl’ last year… If there was then, I still don’t understand what it was or why so, I’m trying to let go of that question. Meeting ‘this girl’ (let’s call her Angelina, for reasons you won’t understand but which make me chuckle to myself – it’s quite clever, if I do say so!) has, I believe, gone a long way towards me feeling better and more comfortable within myself.

I’ve written briefly about meeting her before. Well, I’m pretty sure I did… We met through a well-known dating website in June; met up as friends weeks later and went for a walk spent in near-total silence, by which point, I was concerned that the connection we’d experienced was only to remain either side of a computer screen. But, I returned to my laptop shortly after to discuss what we had experiencing… And negatives and downsides were only in our minds. In fact, we’d both quite enjoyed each other’s company, the fresh air, the mind-vitalising exercise and the chance to just ‘be’ together amongst the surrounds of nature (crikey, I hope that doesn’t paint a ‘dirty’ picture – we genuinely just went for a walk!!).

What I don’t think I’ve written about is that we met up again a few weeks afterwards and following more lengthy e-mails, back and forth. It was a similar setting, a few miles south and we reached a point where we felt more comfortable talking with one another, as well as just ‘being’. About halfway through the walk, we perched ourselves on a stone wall overlooking the sea. As I recall, a good 2½ hours past and yet, it felt like only 45 minutes. That was when I first began to notice something… Call it a realisation of the friendship I could have with this woman; perhaps suggest that it could one day become more. We ended that day with a hug; our first; an action that was prompted by my own suggestion, following a previous e-mail.

Our third meeting was last Sunday. Again, only a stone’s throw from our previous destinations and we donned our walking shoes for a leisurely afternoon stroll – with ice cream by the sea! I was anxious at first, as I often am; unsure of how to say the simple things like ‘hello’ but those fears were quickly left behind, for our experience in just being and talking naturally, when the time felt right. We ended that walk with a hug, after hesitating over how to say goodbye (as two people sometimes do). I felt more in this one and I noticed the way the eyes of her smiling face were drawn to mine as we began to separate… That’s a fact, where as I question whether or not she actually tried to kiss me on the neck while we were locked in each other’s arms… I don’t think it’s a question that needs answering right this minute.

Am I falling for Angelina? I fear that I may be in danger of looking to move on having met her at a time where I was still uncertain as to how to sign-off from the ‘May’ situation. But I cannot doubt the connection. On average, I’m seeing her about once a month as she’s a very busy woman with all sorts going on and possibly a whole lot more in 2014. I was unsure of what to expect and, whatever happens in the near future; I’m confident that we can maintain independent lives which, after my past experiences of internet dating, I’ve come to believe is important. Others may believe differently. I feel like I can talk to her about this and to ask, near-directly, how she feels about ‘us’. I’m curious but I’m not losing sleep over it this time. I’m not balling myself to tears and I’m mostly calm inside (other things occasionally lead me to frustration but I’m slowly working on them). 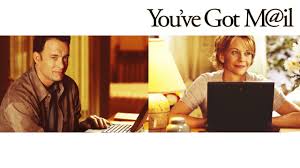 Whatever happens, I’ve made two really good friends in the last year and, if Angie sees things a little different to what I’ve written here then I’m confident that she’ll remain the third friend in the end.

Thank you all for reading. I hope to be back writing again soon. 🙂