Tonight, I’m going to sit here and write two posts concerning my New Year’s Resolutions. I’ve been neglecting this blog for the last few days as I’ve struggled with my own emotions a bit and my feelings for someone else.

This first post concerns the importance of being honest (not Ernest). Too many times in my life, I find it easier to duck my head beneath my shoulders and to accept the view or direction of another person, particularly if they’re male. I hide thoughts and feelings from the people (or person) I care about most for fear of scaring them away.

For 2013, I’m looking to be more assertive in being upfront and honest, as each situation comes with each new day. By speaking the truth, we will always get an answer. It may not always be the one we had hoped for but, I’d assume then that you’ll only have saved yourself from sorrow and upset later on.

END_OF_DOCUMENT_TOKEN_TO_BE_REPLACED

As I mentioned in my previous post that included a music (still) video, I’m hurting a bit today. I hold nothing against her for calling off our day out. I’m not upset with her personally; I’m just struggling to accept the emptiness I feel in the rest of my life (I can feel the tears coming as I type that so, it can’t be far off from the truth).

After (discreetly, as my mum was around) letting out a few tears for the first time in a long while (not to forget the many foot-lengths of snot – always, with the snot!!), I turned to my laptop for condolence. I must have cried for a good fifteen minutes and, then again, within that same hour…

Anyway, I felt a compulsive urge to return to the dating sites I’ve been ignoring for the past week or so since my six-month subcription to Match.com expired. I’d received a couple of e-mails offering renewal at a discounted rate and, yep, I decided to take up a three-month offer at 30% less than standard.

END_OF_DOCUMENT_TOKEN_TO_BE_REPLACED

I’d like to write this post in the hope that I can express how this situation with my friend doesn’t always bring me crashing down in to a state of self-pity with depressive thoughts. To start off, I’m going to share this image with you. It may look startling at first glance but, I’d like you to read on for a better understanding and explanation. 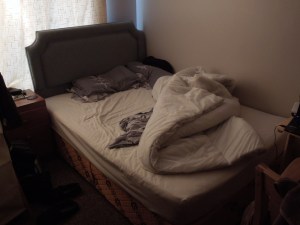 END_OF_DOCUMENT_TOKEN_TO_BE_REPLACED

Last night, I went to bed feeling good. I was so positive in my mind, that I even restarted my nightly meditation to combat anxiety. This morning, I felt optimistic about going to work, on an otherwise dark, damp morning. All was going well until lunchtime, when I decided to send ‘someone’ a text to see if they would like to meet up later…

***THIS POST DISCUSSES SUICIDAL THOUGHTS WITH MENTION OF SELF-HARM***

END_OF_DOCUMENT_TOKEN_TO_BE_REPLACED

I’ve been wanting to write a post about internet dating all week, after reading WeeGee’s recent post on her own initial experiences, where should asked whether I might be able to share some of my thoughts from the male side of the spectrum…

I don’t really know what to say at this point and, some points I would like to make have already been covered in other posts scattered around. I don’t like to repeat myself so, I’m just going to try and write this as it comes.

END_OF_DOCUMENT_TOKEN_TO_BE_REPLACED

I’m weak… I said I was going to resist contacting her for now but, I gave in, only to let her know how my day went and to assume that she was doing quite well. She replied to say quite the opposite. She was glad to hear from me and, of my day but, it’s clear that there’s something very, very wrong in their relationship. She is desperately unhappy. I felt like she was trying to reach out to me so, I offered a hand. In fact, I did a bit more than that by asking her if she’d like to talk about it (even after she said she hates talking about personal stuff and regrets making things public on social networking sites)… She told me to leave her alone. I won’t quote it properly because it was all written in upper-case with lots of exclamation marks behind. I am surprise she didn’t unfriend me on the spot but then, I have left her alone and it’s clear that she’s in a very dark and lonely place.

I worry about her but, once again, I’ve realised that I cannot help someone who is not prepared (or afraid) to help themselves.

A little while after that and, still online, I received a message from someone on a dodgy dating site (POF). She said I seemed genuine but, having spoken to her for a couple of hours, I’m beginning to feel that the word (genuine) is only true in the eye of the beholder (like beauty and perfection). At first, she seemed very ‘genuine’, sharing my interest in walking and we had more in common. I asked about her writing and she offered to show me some of her work…

END_OF_DOCUMENT_TOKEN_TO_BE_REPLACED

Wow, I’ve had a difficult few hours with regards to my emotions and feelings towards ‘May’ but, it looks as though there may now be a resolution to the whole thing.

It all started when I got home from work. While checking my e-mails, I logged in to Facebook for a look around (as is part of my usual routine) and instantly noticed that her name had vanished from the chat menu on the right hand side. I did a search for her but came up with nothing. Typing in a name of one of her friends told me that we still had ‘1 Mutual Friend‘ but, trying to access her (photo-less) profile through one of her previous messages resulted in a ‘profile not found’ message appearing on the screen.

END_OF_DOCUMENT_TOKEN_TO_BE_REPLACED

Sorry, I just can’t contain this in my head tonight. I need to let it out!

So, earlier this evening, I sent ‘May’ a message on Facebook to see if she might be free tomorrow (when I first met her, Wednesday was one of her days off as she worked all weekend). She replies to say that the rotas have changed and that she’s only free on Saturdays now. That’s fine, she did mention some time ago that it all might change. I’m okay with everything so far.

She mentions that it’s ‘bad’ for her because it means she won’t get to see her boyfriend (I guess he works Saturdays or, he’s out with his son). I replied to say that it sounds as though they’ve worked things out and that I’m pleased for her (I genuinely am; as long as she is happy and is where she wants to be).

I wish I’d just done the obvious thing and asked her if she was free this coming Saturday… (It sounds like she may be). Because, I sent her reply and it came up as having been ‘read’ a minute or so later – Facebook can torture and anxious mind; telling you when your message has been read, even hours or days after you sent it!

So, if she read it so quickly then, why didn’t she reply?

It came via her phone so, I guess she could be busy. But, this isn’t the first time where I’ve experienced this and I now expect the ‘conversation’ to continue (over the coming weeks) with four or five messages of me apparently talking to myself (no responses from her).

My mind says that I’ve again touched on something concerning her relationship. Is she really happy? Are they really all loved-up and stable again? Was she secretly hoping that I would again express my feelings for her, with a little added jealousy?

This is driving me nuts simply because I like her and I have nothing else in my life to distract my anxieties.

I’m going to try and focus on making an arrangement to meet up again soon. All going well, it could be this Saturday but, I’ll now give her a day or two before asking (I don’t like pester; only to fester within in my own mind!). If I can meet with her, I will find a time to sit down and apologise to her for ‘mis-reading’ her intentions as only friends. At least then, I might get a straight answer, away from her boyfriend. I am tempted to question how I hurt her by rejoining a dating site about five-weeks ago when she was getting back with him but, that’s not the sort of question I should begin any conversation with.

It’s coming, I know it. I’ve been dreading this for most of the time that I’ve known her and I fear that it could all be over soon.

Back to nothing. No-one. Emptiness, more pain and a loss of hope.

It needs a resolution, you can all see that, however you read the story as I have tried to recreate it. I just hope I’m strong enough to survive the ending that hasn’t yet been written…

Today’s topic suggests that there have been times where I’ve doubted the significance to my continued existence and, like so many people, these thoughts have plagued my mind on many occasions. I can even recall thinking about it at the age of five, sat cross-legged on the floor in a school assembly. I’ve had the thoughts and I’ve even considered my methods and approach to the day but, I’ve never had the serious intent to follow it through (maybe I should carefully consider this for another post?).

Maybe there’s an element of fear that’s held me back in the past; all the unanswered questions and the risk that it may not go as according to plan. I can’t think of any one thing (or person) that has ‘kept me alive’ in the past but, I can certainly think of one person in my life today who has given me new reason to live.

Day 7 – Someone Who Has Made My Life Worth Living For

END_OF_DOCUMENT_TOKEN_TO_BE_REPLACED

Looking at my watch earlier today (it was a looong day at work), I realised that it is exactly three-months to the date since ‘May’ and I first met in person. Okay, it was actually a Sunday and not a Monday but, it was on the 17th of June.

Whatever happens in the future, I will always treasure that day, along with the memories and feelings I’ve been focusing on since I realised the date. Later on this evening, I’ll see if I can use all of this to write something… I’m writing this short post now to help encourage myself in case I come up against a struggle.

There are two things I feel I need to confront her about. Partly, to clear my own mind but also, to get a better idea and understanding of what she wants from me. But, I do need to be very careful. If I catch at the wrong time, it could create the end an end to our friendship (that’s my biggest fear). But then, I also fear that she may not need to be in a depressive state to take it the wrong way.

We did talk and share things briefly over the weekend. I suppose she could just ignore me… But, I’m really hoping for some kind of ‘resolution’ and honest answers that may help to put my mind and its fears at ease…